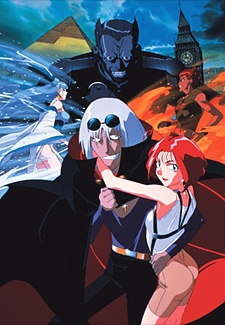 Plot Summary: In the 1920's, Inaho resurrects a vampire named Mosquiton with her blood. He awakens and becomes her slave. Now, Inaho is after the O-Part, which will grant her immortality. However, a bunch of supernatural monsters are out to stop them from achieving their goal. (Source: ANN)